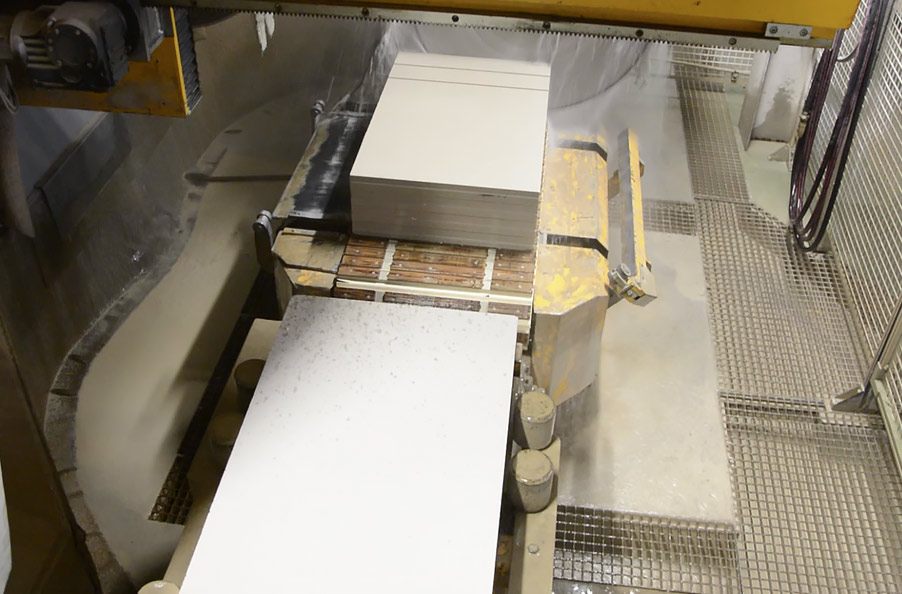 Lissmac has made a detailed study of the manufacture of fitting elements. This resulted in increased productivity of the latest generation of sand-lime brick factories due to changes in molding and material handling. The greatest savings achieved were in the area of sawing costs, which also reduced the amount of waste produced. Thirty percent less waste resulted in considerably greater yields from the same amount of raw materials used. Optimised running times as well as fully automated palleting in some areas increased the overall productivity by a factor of 2.5 compared to the previous output.